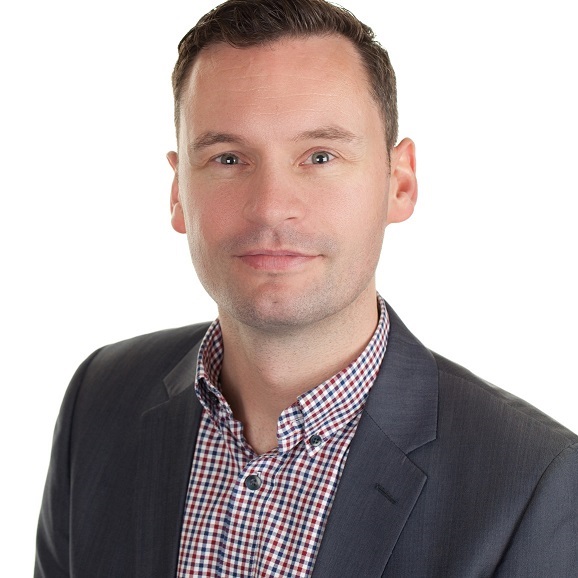 Willing to speak to media

Alan joined Heriot-Watt in 2013 as a Lecturer/Assistant Professor and Research Leader. He was promoted to Associate Professor in 2015, and is now a Professor in Psychology (School of Social Sciences).

Alan graduated with a BSc (Hons.) in Biological Sciences: Psychology from the University of Edinburgh in 2002, and completed his MSc by Research (Psychology) the following year. He completed his PhD in 2007 funded by a Royal Society of Edinburgh/Lloyds TSB Foundation for Scotland Studentship. On completing his PhD, he held postdoctoral positions within the Centre for Cognitive Ageing and Cognitive Epidemiology, and has been a guest professor at the Center for Healthy Aging, University of Copenhagen.

Cognitive decline (changes in our thinking, reasoning and memory skills) is one of the most feared aspects of ageing, and is a major determinant of health, independence and quality of life. While cognitive abilities show characteristic changes with age, there is considerable variation; some individuals experience declines in their thinking and memory skills across their 60s and beyond, while others maintain their abilities into old age. This suggests numerous factors influence the degree of change experienced.

Alan's research therefore focuses on the identification of lifestyle and behavioural factors that predict healthy ageing, primarily cognitive ageing. That is, the factors that might protect or harm the ageing brain. Alan is mainly interested in factors which are modifiable, such as activity participation and exercise, social networks and support, and occupational characteristics and exposures. By being amenable to change, such factors are potential targets for interventions designed to reduce or delay the deleterious effect of ageing on cognitive abilities.

Much of Alan’s research has been conducted on the Lothian Birth Cohort studies based at the Centre for Cognitive Ageing and Cognitive Epidemiology, University of Edinburgh. The participants in these studies completed a mental ability test when they were aged 11, and decades later were recruited into follow-ups to examine the ageing process across their 70s, 80s and 90s. Alan has also worked with colleagues at the Center for Healthy Aging, University of Copenhagen, on the Glostrup 1914 Cohort, a sample recruited at age 50 and followed for up to 40 years.

While continuing to work on large, longitudinal studies of ageing, Alan is developing a translational strand to his research at Heriot-Watt within The Ageing Lab. Based on his work identifying lifestyle factors that appear to protect cognitive abilities, he initiated his first intervention project, A Tablet for Healthy Ageing. The effect on cognitive abilities and mental wellbeing of engaging in a 10-week tablet computer training programme, which represented an entirely new and relatively demanding activity for participants, was assessed; outputs from the study are listed here.

Alan's latest research project was initiated in 2016. The Intervention Factory is a three-year study assessing a range of activities within existing community-based programmes as potential interventions to reduce cognitive ageing. The activities vary in their mental, social and physical demands; the research will assess which type(s) of engagement provides the greatest cognitive benefits.

The focus of The Ageing Lab is therefore to develop and test broad, lifestyle-based interventions where older people are provided with opportunities to engage in novel activities. Developing lifestyle interventions for healthy ageing is an important area of research, with applied value in an increasingly aged society.

Alan is a Professor in Psychology, in the School of Social Sciences. He teaches on the BSc Psychology programmes (1st Year: Introduction to Psychology; 3rd Year: Research Methods and Analysis; 4th Year: Psychology of Ageing) and supervises undergraduate and postgraduate projects which focus on personality, cognitive abilities, health and wellbeing, and ageing.

Alan's research focuses on the identification of lifestyle and behavioural factors that predict healthy ageing, primarily cognitive ageing. His research examining interventions for cognitive ageing is conducted within The Ageing Lab.

In August 2015, Alan contributed to the first episode of a new BBC Radio 4 series "How to have a better brain", presented by Sian Williams. You can catch up on the series here, with a short extra clip exploring How walking can help ward off dementia. Discussions associated with the radio interview featured in one of the chapters of Sian's new book, Rise: Surviving and thriving after trauma.

The publication of "Sitting Time, Fidgeting, and All-Cause Mortality in the UK Women’s Cohort Study" in the American Journal of Preventive Medicine generated international media attention in September 2015, with coverage from outlets as diverse as the Washington Post and Huffington Post, to Grazia. A short summary of the findings can be found at: http://www.hw.ac.uk/news/fidgeting-modifies-effect-of-longer-sitting.htm.

When a paper examining associations between sexual behaviours and quality of life in older adults was published in the journal Age and Ageing in August 2015, a number of newspapers and websites featured the findings, including Reuters, Fox News and health24.com. You can read a piece about the study on the British Geriatrics Society blog, and a short summary of the findings at: http://www.hw.ac.uk/news/sexual-active-older-adults-report-better.htm.

In November 2014, the publication of "Occupational complexity and lifetime cognitive abilities" in the journal Neurology, was reported on BBC News Online, the Wall Street Journal, and others, and was discussed on BBC Radio 4's All in the Mind. The press release can be viewed at: http://www.hw.ac.uk/news/complex-jobs-may-protect-thinking-skills-later-19935.htm. The findings were also included in a more recent Telegraph article (November 2016): "Brain gain: 10 ways to think yourself younger".

In October 2012, the publication of "Neuroprotective lifestyles and the aging brain: activity, atrophy and white matter integrity" in the journal Neurology attracted media attention in the UK and internationally. The paper reported an association between increased physical activity and better structural brain health (less atrophy and fewer white matter lesions). Outlets covering the story included the Wall Street Journal and the Scottish Daily Mail, with Professor Joanna Wardlaw and Dr Alan Gow giving separate interviews to BBC Radio Scotland and BBC Radio Newcastle. The associated online piece was the most shared BBC News article on the day of release (23 October) and the day after. Other media reports of the publication can be viewed at Canadian TV News, Men's Journal, the American Association of Retired Persons, and TIME.

Towards an active and happy retirement? Changes in leisure activity and mental health in the retirement transition

Prize: Prize (including medals and awards)